© 2020 . Theme by RadarThemes. Powered by WordPress

There are no upcoming events at this time.

Foundamentals of this combat method base upon the application of Kyusho Jitsu, that is to say “the art of attacking pressure points“, spread over the human body (tsubo), which flow along meridians according to chineese acupuncture.

Kyusho, literally “first second”, adopts the same principles of traditional chineese medicine but with a damaging purpose. Obviously, before doing this, it is important mastering well restoring techniques, in order to advance in learning in total safety.

In the practice of Kyusho you act using pressures, grabs (Tuite – Cin na), hits and rubs on points, where you are able to go from a light imbalance to a fast KO on the opponent.

For this purpose neither a particolar skill nor physical strenght is required. Kyusho Jitsu perfectly adapts on every kind of person, thin, fat, young, old, male or female, and can be integrated in every martial art, improving its strenghts and offering some knowledge which was kept secret for many years.

The requirement to access to our courses is perseverance in studying and above all respect for teachers, for training partners and for every living being.

Mirko Bruzzone has been nominated Official Representative for Italy of the Zendoryu School in London, founded and directed by Grand Master Paul Bowman (European Representative of DKI). 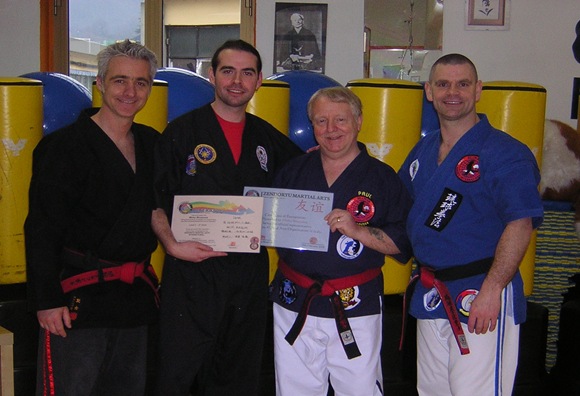 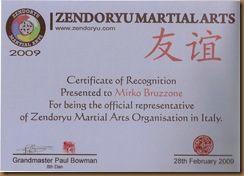